Skip to main content
Back to Top
Home »investment

Let us imagine that you have a plan to be a wise investor and use your funds to make strategic deposits into your various investment funds. You've heard about the investment strategy of buying any time the market is low with the plan of selling when the market turns upward.

The Power of Compound Interest

“Money makes money. And the money that money makes, makes more money.”1 This quote by Benjamin Franklin is referencing the power of compound interest. Albert Einstein extolled the wealth-building virtues of compound interest as well. He is reputed as saying he considered it to be man's greatest invention and the eighth wonder of the world.2 A much simpler way to describe compound interest is that it is an excellent way to watch your investments grow exponentially over time.

NIRP, ZIRP and You

In his early July testimony before Congress, US Federal Reserve Chairman Jay Powell. Mr. Powell stated that the Fed funds rate will be reduced, given lower than expected U.S. inflation. This follows on the heels of President Trump’s demands for lower interest rates to help support the economy and more specifically the US stock market. As anticipated, in late July the US Federal Reserve lowered interest rates for the first time in over ten years but at the same time signaled that there was no certainty that further rate cuts would occur during 2019 or beyond.

Bill Nye the Science Guy met with Prime Minister Justin Trudeau in Ottawa earlier this year to promote the use of alternative energy fuels in our economy. He is a strong advocate of moving away from carbon-based fuels. Yet, Nye admitted, in a Toronto radio interview some days later, that the economy will likely transition away from carbon-based fuels by 80% by 2040 and 100% by 2050. It will, in other words, take some time to effect this transition.

This year began with some market turbulence resulting in a correction in the S&P Index in late January of about 10%, and about 7% for the TSX during the same period. You would have thought the world was ending with all the hand-wringing and hysteria stirred up by media reports at the time.

More importantly, for a couple of years now, the media has been focusing on volatility as if it’s something important that the investing public needs to be concerned about, which is akin to inventing a whole new way to look at managing money.

With a few weeks to go before the year-end, you may wish to think about some moves you can take now to save you some taxes for 2016.

Along with the usual advice to do any tax loss selling before December 23rd on any equity investments to offset any capital gains earned in other investments during 2016, there are a few new tax planning strategies that you can take advantage of.

Saving for a Financial Emergency

It is next to impossible to know when you might be impacted by a financial emergency; therefore, it is important to be prepared for something unforeseen in the future. Most people have heard the saying about saving money for a "rainy day". With the right forward planning, there is a great chance of being able to avoid a financial crisis should this present itself at a later date.

How much emergency funds are enough?

There are very passionate views on both sides of the debate as to whether it is better for individual investors to use active investment managers versus using an index approach, with its main selling feature being lower fees.

The Story Behind "Sell Everything"

The media in general has a tendency to take an idea or story and run with it until the original context or point is lost in a wave of misinformation, taking a form of its own. At that point, the idea can become very dangerous to you as an individual working to build your own financial wealth and assets.

While we have covered the role of your behavior in contributing to your investment success in past articles, let us explore this idea that selling all of your investments as a tactic, in more depth.

A constant dilemma for Advisors working with clients to help them realize their goals and dreams is striking a balance between the tyranny of immediate current events with the need to stay focused on your longer term goals.

The recent Brexit vote in the U.K. is a case in point. The media created a firestorm of hysteria, speculation and anxiety with its constant and overwhelming coverage of the impending vote and its aftermath.

Protecting your family
Without barely a moment’s thought, you would protect your family from an immediate threat....

Your investments
Do you ever feel like life is too automated? Maybe you’re suspicious of the cruise control...

Your Legacy
You have worked all your life and saved for retirement. What other planning work could...

Your Retirement
After years of living the “rat race”, you are looking forward to the day when you can start...

Young family
You get home from work, your wife is tired, and the baby just spilled spaghetti all over the...
END_OF_DOCUMENT_TOKEN_TO_BE_REPLACED 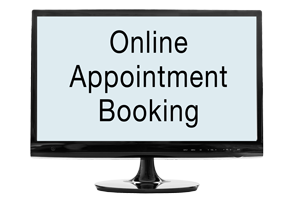